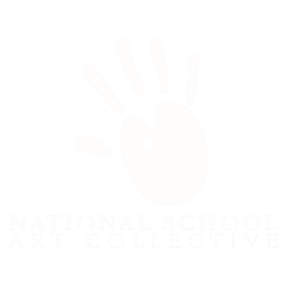 By Tristan Relet-Werkmeister
Posted Feb 19, 2019 at 5:22 PM
The chain’s new prototype at Easton features work from local children.
Six Central Ohio students earned the honor of having their artwork featured in the abercrombie kids store at Easton. All were winners of a contest organized by the nonprofit National School Art Collective and sponsored by Abercrombie & Fitch that recognizes “exemplary student achievement in visual art,” according to the NSAC.
The students and their schools are:Any Central Ohio student in grades 1-6 who attends public, private or home school was invited to participate. The only conditions posed to the young artists were to follow the theme “Explore the Great Outdoors in Central Ohio,” to include the colors blue and green, and to make their work fit within an 8-inch-by-10-inch space.
The new abercrombie kids at Easton, a prototype design focused on outdoor adventure, opened in November with features such as Wi-Fi and activities for children to do while they wait. “The new store design is very much focused around kids,” senior vice president of marketing Carey Krug wrote in an email. “The art wall is a way of making the experience personal and reflective of the customer.
“When we were designing the new space, we wanted the store to have thoughtful amenities and features for both parents and kids while they shop.”
Art contest entrants were judged on their commitment to the contest theme, their artistic ability and the uniqueness and creativity of the work. The six winners —one per grade— received a $250 gift card and a preview of the new store before its public opening. They were chosen from 300 entries.
The six framed artworks will remain on display indefinitely, on the wall behind the main checkout area, Krug says. The initiative is part of a broader companywide effort to reach out to the community. Since 2017, 50 student artists have had their work displayed in seven new abercrombie kids stores across the country.

Be sure to check back for more information over the next few months about the establishment of the
Tippecanoe High School Art Collective!

The NSAC's partnership with Abercrombie & Fitch

Over the past year, the National School Art Collective has partnered with Abercrombie & Fitch helping them with student art contests that coincide with their opening of several "abercrombie kids" stores.  We have worked with stores in California, Texas, Florida, Michigan, Massachusetts, Minnesota, Illinois, Georgia, Nevada, New Jersey, Ohio, Canada, Dubai, and The Netherlands.    Students receive gift cards to "abercrombie kids" as well as have copies of their artwork on display on "gallery walls" within the stores!
The Columbus Dispatch

By Tim Feran
The Columbus Dispatch

Posted Nov 15, 2018 at 5:53 PMUpdated Nov 15, 2018 at 5:53 PM
New abercrombie kids stores to feature more technology, new clothing lines
When Abercrombie & Fitch introduced its children’s clothing brand in 1998, the idea was to be simply a children’s version of the parent brand.
But the new children’s prototype store of abercrombie kids that opens at Easton Town Center on Friday aims to differentiate the brand from its older corporate sibling, said Stacia Andersen, brand president of Abercrombie & Fitch and abercrombie kids.
“The design concept is based around outdoor adventure,” she said. “We create quality clothes made for play and this space reflects the fun, adventurous attitude of the brand.”
The prototype store, on the second floor of the Easton Station building, is the second store to carry the new format. The other is in Texas.
The prototype store is “really refreshing that there’s a renewed focus on the kids,” said Lee Peterson, an executive vice president at Dublin consultancy WD Partners. “In the past it was a sub brand — just doing what they did with the mother brand, only smaller. Now it’s becoming more of their own brand. They’re focusing on what kids want, and taking the smart things from the other stores. ...
“They’re absolutely going down the right trail.”
Andersen said the store features several amenities to improve the shopping experience, including a seating area with Wi-Fi as well as activities near the fitting room to keep kids entertained if they are not trying on merchandise.
The fitting rooms themselves are equipped with buttons to notify a store employee when a customer needs a fitting room or when they need a different size, color or style of a certain item.
Can’t find a shirt in the color you want? Employees carry digital devices that allow customers to browse additional styles and check out on the run.
Abercrombie has used the fitting room buttons and mobile digital checkout devices in its Abercrombie & Fitch and Hollister Co. locations, reflecting the retailer’s ongoing “test and learn” mentality. All three brands have been redesigning their stores to be “more open, welcoming and include technology,” Andersen said.
The result of all the changes: “We are seeing increased productivity on a smaller footprint.”
Despite the shared innovations, the company has sought to differentiate the abercrombie kids stores from the retailer’s other brands through the merchandise. Foremost among them may be the new clothing collection, the Everybody Collection, which includes 25 styles including tops, bottoms and accessories targeted at children ages 5 to 14.
“We continue to hear great feedback about our Everybody Collection,” Andersen said. “This ongoing, gender-neutral collection was originally created because of customer input, as we heard that parents and their kids don’t want to be confined to specific colors and styles, whether shopping for a boy or a girl.”
Another unique element of the prototype store stems from a partnership between the retailer and the National School Art Collective, a nonprofit organization that supports the development of student-curated and student-owned art collections in schools across America.
Abercrombie and the nonprofit hosted a local competition among students around Columbus. Five local young artists, ages 5 to 12, who took part in the contest will have their work displayed in the new gallery space in the store.
“To celebrate their creativity, the finalists, along with their family and friends, will get a sneak peek of the store before it opens, along with a shopping spree,” Andersen said.
tferan@dispatch.com
@timferan

Our Founder James Kitchen discusses the NSAC with
​Daniel DiGriz, Host of The Thriving Artist Podcast 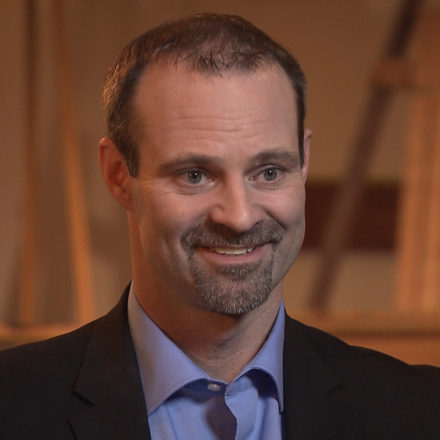 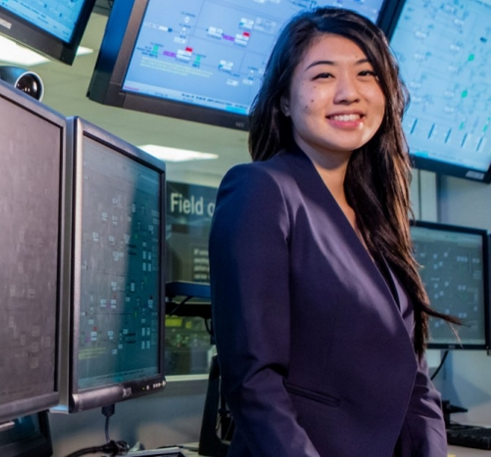 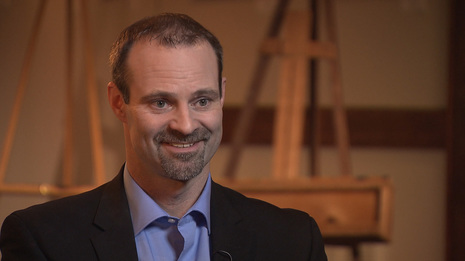 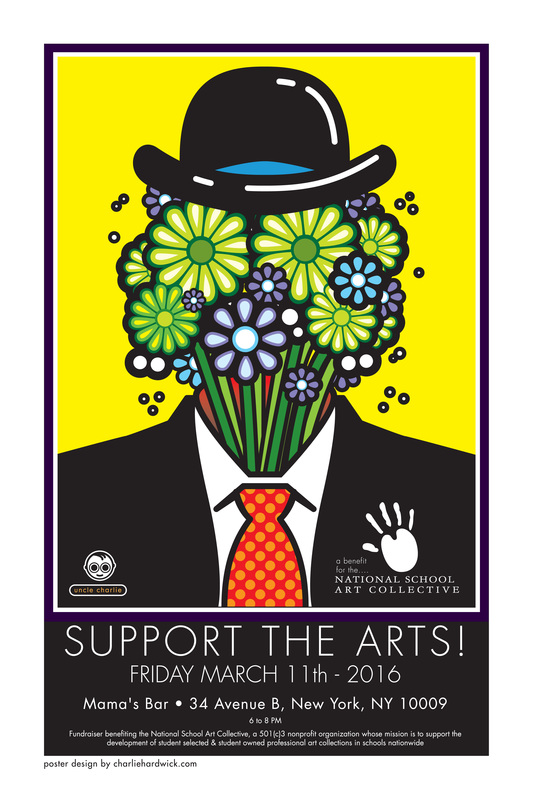 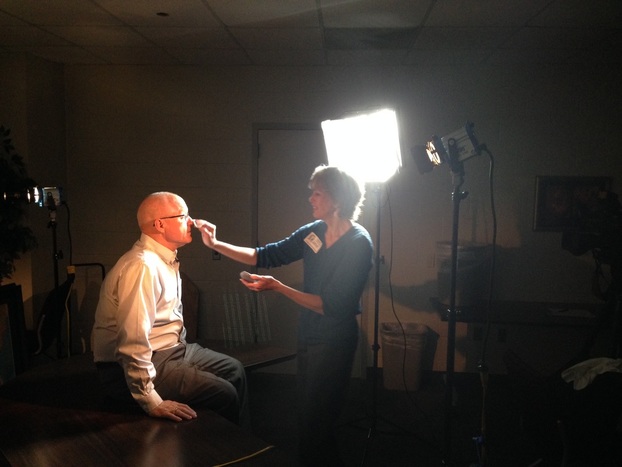 In November of 2015 we traveled to Texas to interview a number of people about art collections in schools. 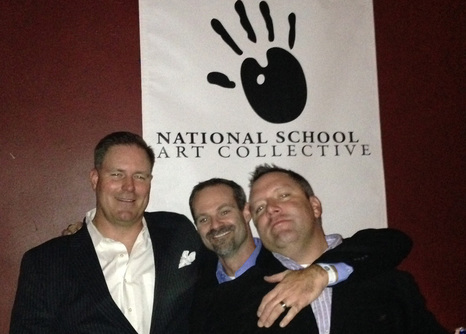 In October 2015 we held our first fundraiser in New York City!